Lingzhi mushroom has successfully been used as an herbal medicine for thousands of years and is known as the “Mushroom of Immortality.”

Lingzhi mushrooms are one of the oldest and most effective mushrooms used in traditional Chinese medicine.

They have been effectively used as anti-inflammatories, antivirals, anti-parasitics, anti-fungals, anti-diabetics and anti-hypotensives.They have also been shown to effectively lower blood pressure, cholesterol, and blood sugar.

Numerous studies of Lingzhi mushrooms have established their effectiveness in the treatment of a wide range of diseases and symptoms. The reason I have written about them here (and take them myself), is because of their ability to strengthen the respiratory system and their healing effect on the lungs. It has been shown that Lingzhi mushrooms are particularly beneficial for individuals with asthma, cough and other respiratory complaints.

In an article entitled, “Medicinal Mushrooms”, published in the January/February 1997 Issue of Herbs for Health, written by Christopher Hobbs, a population study conducted in the 1970s is offered as validation confirming this claim.

The article describes a population study conducted on more than 2000 Chinese with chronic bronchitis. They were instructed to consume Lingzhi mushroom syrup over a period of two weeks. Approximately 90% of this population reported significantly improved breathing as well as improved appetite.

Lingzhi mushrooms have also been successfully used in cardiovascular treatment, in bronchitis prevention, in the treatment of high blood pressure, hepatitis, HIV support, fatigue, allergies, chemotherapy support, altitude sickness, and high triglycerides. Due to the presence of triterpenes, lingzhi mushrooms are understood as an adaptogenic, anti-allergenic and anti-hypertensive.

Lingzhi mushrooms are soft, corky, and flat polypores. They have a kidney shaped, red varnished cap. Lingzhi mushrooms lack gills on their underside, and instead depending on their age, have white to dull brown fine pores, which they use to release their spores, the very reason their morphological classification is polypores.

Lingzhi mushrooms are classified into six categories, according to The Chinese Herbal Materia Medica, depending on their respective shape and color. Each of the six categories is said to nourish a different part of the body:

Lingzhi mushrooms can be consumed in high doses with other medications due to their generally slight side effects. Lingzhi has been shown to enhance the immune system and lessen nervous tension, which may help normalize and balance the body.

Lingzhi mushroom formulations are easily prepared. Simmering thinly sliced or pulverized Lingzhi mushrooms in a pot of boiling water for two hours is the traditional method. The resulting liquid is normally bitter in taste, with the less active black Lingzhi mushroom tasting less bitter than the more active red Lingzhi mushroom. The liquid can also be used to make an extract in liquid, capsule, or powder form, and be added to a formula decoction.

Some studies have shown that long-term use of Lingzhi mushrooms (approximately 4 months) can result in very mild side effects. These have included stomach upset, nosebleed, and dryness of the nasal passages, mouth and throat. These side effects were completely avoided by discontinuing the use of Lingzhi mushrooms for approximately 1 month after taking them for four months, then taking them again for four months.

Where to buy Lingzhi Mushroom extract:

[UPDATE]: I’ve written an article about an herbal asthma treatment called “ASHMI Clear Breathing With Chinese Herbs” which describes how Dr. Xiu-Min Li of the Mount Sinai School of Medicine in New York combines Lingzhi Mushroom with three other herbs to produce a natural and effective asthma treatment. It’s a good read. 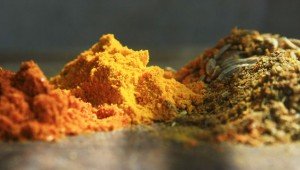 If you suffer from asthma, you may want to swap your prescription medications for some powerful … END_OF_DOCUMENT_TOKEN_TO_BE_REPLACED 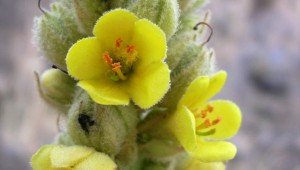 Mullein (which rhymes with sullen), with its striking yellow leaves, has a long history as a … END_OF_DOCUMENT_TOKEN_TO_BE_REPLACED